From firefighters working in dangerously loud environments to EMS workers responding to remote areas, emergency personnel need reliable communication to keep themselves safe and do their jobs to the best of their ability.

Conventional and trunked radio systems are some of the necessary technology that has developed to keep emergency workers safe.

A conventional radio system is considered a communications device that uses a dedicated radio frequency for each radio channel in a system unless they share a channel or frequency. This means there is a dedicated base or repeater creating a shared channel.

For example, when emergency responders use a conventional radio system, firefighters may only use channel one, whilst police officers use channel 2. However, they cannot use the same channel unless it is not occupied.

If a frequency is in use, the radio user must wait for it to be “clean” before being able to transmit. This can be problematic in populated areas like cities, especially during emergencies when all public safety units are responding to a large incident.

An advantage to conventional radio systems is there is less infrastructure due to be a simpler system, 1 frequency, 1 channel. Therefore, the systems also tend to run on the lower end for costs.

HOW DOES IT WORK?

Conventional radio system users talk on their own channels; this is an inefficient use of frequencies. Due to this system, if more than two groups of people want to talk at the same time, they must wait.

A conventional system is limited by the number of frequencies in a system. Frequencies are hard to come by, especially in more populated areas. Therefore, if an agency wants another channel or talks path, an FCC modification is required.

In the above image, you can see that each group has its own assigned channel. Each user must wait in line until the person in front of them is off the assigned channel. This creates delays in communication because conventional radio systems rely on frequencies.

According to the North Dakota government, a trunked radio system is, “The sharing of a limited number of communications paths (trunks) among users”.

A great example of a trunked radio system is a law enforcement phone system—there are only a few phone lines but multiple calls coming in—as a result, there are lines of people waiting to communicate.

HOW DOES IT WORK?

A trunked radio system is a computer-controlled network or repeater system that is set up to assign available frequencies to users as they are needed. A repeater system re-transmits signals to expand the coverage of devices.

For instance, if a police officer is in the field and needs to report back to the office, the system will find an available channel, which decreases the probability of waiting to communicate. Consistent available communication is integral to having effective public safety response time.

Trunked radio systems can be built using VHF, UHF, 800MHz, or a mix of frequency bands. This communication setup is similar to a phone system for LMR or land mobile radio. LMR is a person-to-person communication system using two-way radios.

As you can see in this infographic, when using a trunking radio system, there will be a line of radio communicators from different areas. The computer system, in the middle, will assign each person in line to an open frequency. The computer assignment is fast, eliminating delays in communication that can occur with conventional radio systems.

We hope this article gave you further information about conventional and trunking radio systems. Both systems were developed to further communicate and aid public safety workers. 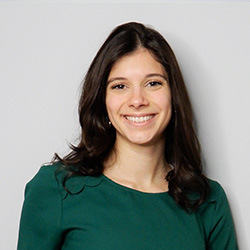 Narrowband and broadband are two common terms you will come across if you’re in the market looking for home internet pro...

This content is for Critical Communications Education Newsletter members only.